This article introduces identity hubs and the technical concepts you need to understand when developing against them.

What is an identity hub?

In decentralized identity, public ledgers provide storage and distribution of identifiers and public keys. But you wouldn't want to store your sensitive personal data on these ledgers - considering they are immutable and sometimes, even public (such as, Bitcoin). We need a different solution for secure storage of personal data and information.

Identity hubs are decentralized off-chain personal data stores that give complete control and autonomy to their owner. They allow users to store their sensitive data - profile data, official documents, contact information, and more - in a way that prevents anyone from using their data without the user's explicit permission. Users can securely share their data with other people, apps, and businesses, giving access to the minimum data necessary and retaining a record of who has access to what. App developers can reduce the complexity of data management & compliance by storing sensitive data in the user's hub and reducing their own risk of data breach. Identity hubs enable a new wave of apps and services that respect a user's privacy and ownership of their personal information. 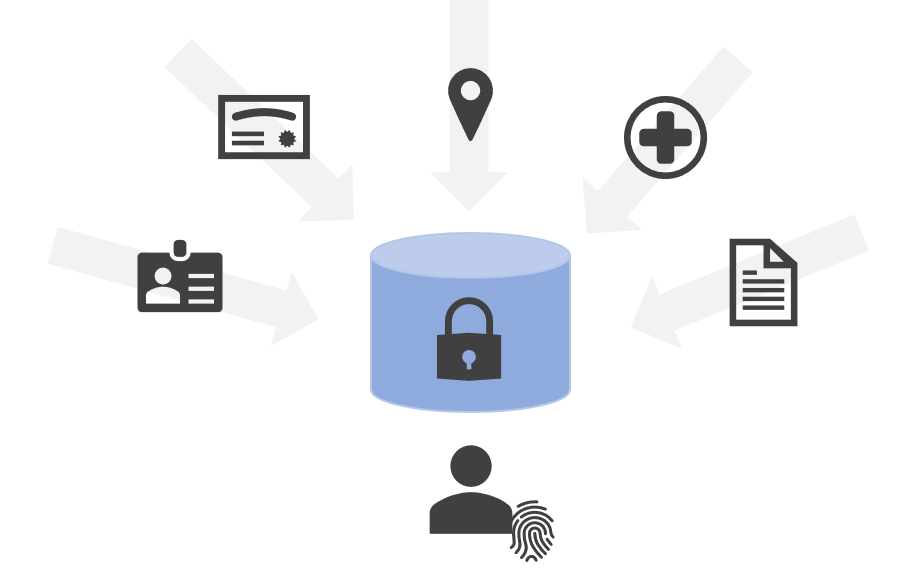 Identity hubs have several distinct characteristics that distinguish them from more traditional data storage solutions. The rest of this article describes each key feature of identity hubs and how they enable stronger user control over their data.

So, what makes an identity hub decentralized?

Each DID, when registered, can include a pointer to its identity hub in its DID document, in the service field as follows:

Apps and services can use this pointer to locate and access data using the same APIs regardless of where the identity hub is running.

The identity hub standard interface is described in our Hub API reference document. It is currently being proposed to DIF and other standards bodies.

Furthermore, identity hubs are being developed as a suite of open-source packages. This helps new hub providers adhere to the standard APIs, and for advanced users to run their own identity hubs on their own infrastructure. The source code for identity hub packages can be found in DIF GitHub repositories.

The combination of standard APIs and open-source packages means that users can run their personal data store wherever they want, retaining full control over where their data is stored.

The identity hub standard API exposes a few "interfaces" that can be used for different purposes. The currently supported interfaces include:

When programming against identity hubs, choose the interface that is most appropriate for your scenario. In most cases, this will be the Collections interface.

As opposed to traditional data stores, an identity hub does not have a fixed schema or set of data it supports. Instead, hubs follow a semantic data model in which each piece of data self-contains all metadata necessary for interactions. As a simple example, a music playlist stored in a hub might be represented as:

Using a standardized schema for data is not required, but recommended. And while the hub API design borrows from JSON-LD, identity hubs do not require the use of RDF, JSON-LD, Turtle, or any other linked data format. All that is required is that context and type metadata are used to describe any data stored in a hub.

At this time, identity hubs only support simple JSON data. Our hub service API tutorial describes how JSON data is sent to and from our cloud identity hub service. Images, videos, bytestreams, raw files, and other content types are not supported.

The use of commits to represent data in identity hubs offers a few distinct advantages:

The structure of a commit is determined by the commit "strategy" used for a particular piece of data. At this time, the identity hub only supports one commit strategy, known as the basic strategy. In the basic strategy, each commit contains the full data and metadata for the object. Using the music playlist example from above:

In the basic strategy, the commit that was most recently written to the identity hub is the object's current value. So in the above example, Commit 3 would be the current value of the music playlist.

Alternative commit strategies may be introduced over time that employ more advanced commit structures and merge logic. But for now, only the basic strategy is supported.

The exact details of commits, including how to read and write them to identity hubs, are included in our hub service API reference and hub tutorials.

PermissionGrants are modeled just like any other object in the hub, and can be accessed through the Permissions interface. When this grant is created in an identity hub, it gives the DID did:example:xyz456 the permission to read all music playlists in the user's identity hub.

Permission grants have additional controls to restrict data access at a more granular level. For full details on the hub's permission system, refer to our hub service API reference.

The identity hub's permission system ensures that users retain full, fine-grained control over access to their data. As long as the user has sole access to their DID's private key(s), nobody else can give access to data. And because PermissionGrants are modified using commits, users retain an auditable log of who had access to what data at what times.

To learn more about the hub permissions system, please refer to DIF's hub documentation on GitHub.

Identity hub replication is not yet available; it is still in development as of this writing.

Another aspect of identity hubs is that a single DID can have many hub instances. All hub instances replicate data to one another, so that the user's personal data store is distributed across several different physical data stores.

An identity hub can run in the cloud, on an edge device, or on any infrastructure that can implement the identity hub's replication protocol. This means that users do not have to rely on a single cloud provider, like Microsoft, to be the single source of truth for their personal information. Instead, users can keep a copy of their data on devices they physically own. They can also set up multiple cloud hub providers, to reduce risk that their data will become unavailable. 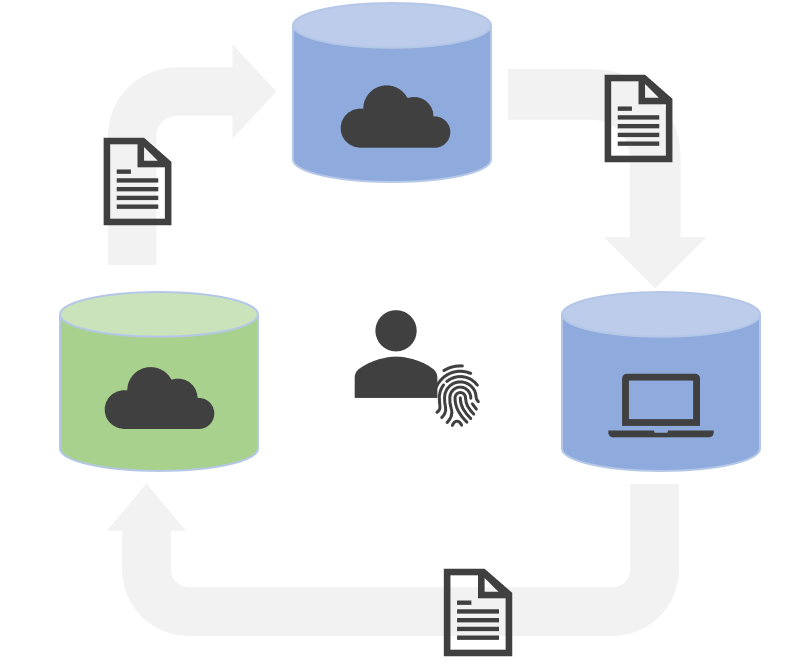 The hub replication protocol is still in development at this time. For our initial implementation, the underlying data store is Azure Cosmos DB. We're working on adding support for other database technologies before enabling replication between datastores.

Identity hub encryption is not yet available; it is still in development as of this writing.

The final aspect of identity hubs that ensures data protection is the hub's encryption subsystem. The goal of the hub's encryption system is to encrypt all data at the edge, before the data is ever passed to a hub instance. This way, the hub provider never sees an object's contents in clear text.

At this time, data encryption in the hub is still in development. In the meantime, our identity hub cloud service protects data in two other ways:

These are the core concepts you may need to know when building apps against identity hubs. You're now ready to try hubs out! We recommend starting with the hub quick start tutorial here. If you have any questions or suggestions on how this document could be improved, please reach out to us.

See something missing? We'd love your feedback and input on the Verifiable Credentials preview. Please contact us. When you use Microsoft DID Services, you agree to the DID Preview Agreement and the Microsoft Privacy Statement.